As A Business Leader, Do You Have The Right Organisational Strategy To Be Able To Navigate Digital Disruption? 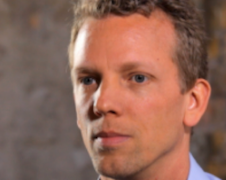 David Gram, formerly Scandinavian Airlines, Siemens Wind Power and head of marketing development at LEGO Future Lab, knows a thing or two about disruption. He revealed how LEGO nearly lost it all, the challenges the organisation faces, and how they are innovating.

In 2004, LEGO posted a $292 million loss and was on the brink of bankruptcy. Fast-forward to today and it’s the most powerful brand in the world.

LEGO’s comeback has become a somewhat of a corporate legend, and major companies including Boeing, Adidas and Sony, alongside countless smaller organisations have sought to emulate its recent success.

Back in the early 2000s though, new technology was beginning to disrupt the toy landscape. LEGO tried to adapt by developing new products such as video games and expanding its toy offerings but it fell into the trap of over-innovating. There was a massive range of new products but only six per cent of those innovations were actually making any money.

LEGO realised it had to go back to what made it so successful – the humble brick. The question now became, how could the company, which focused on physical toys for many years, successfully navigate a move into the digital world still while still staying true to itself?

David Gram says understanding its core mission – to inspire and develop the builders of tomorrow – was crucial when venturing into uncharted territory.

For innovation into the realm of digitalisation to be successful, the output had to be something that was obviously LEGO, but which had never been seen before.

LEGO didn’t believe the toy would become obsolete but it wanted to leverage digital tools and platforms to enhance the toy experience.

“Digital shouldn’t just be a fun gimmick – it should enhance,” says Gram.

Going back to what made LEGO successful saw it put a renewed focus on its classic products, like the City and Space toy lines, but it also began leveraging the power of the Internet.

It started testing the idea of crowdsourcing product ideas from consumers with a platform that enabled fans to create and vote on designs, with the most popular being taken to market.

The test spawned a string of successful products and the programme was officially launched as LEGO Ideas. Alongside this have been forays into social networks as well as programmable robots and experimentations with virtual and augmented reality. The secret to successfully navigating disruption to the toy industry is what Gram says is often the biggest obstacle for many companies – “a culture of innovation”.

3 key elements to build a culture of innovation

1 - Build a team to experiment

2 – Have the right processes and tools

Like this blog? Check out more resources on the Accelerate Hub for Business Leaders: Learn, Implement and Strategise using Disruptive Technologies and The Fourth Industrial Revolution Trends.